ABOUT THE BOOK In his introduction to A Short History of Nearly Everything, author Bill Bryson describes a childhood experience common to many of us: a brief infatuation with science, with all its potential and possibility. For Bryson, it was inspired by a textbook's cut-away illustration of the interior strata of the Earth, with the molten core at the center. For myself, it was a children's biography of Jacques Cousteau. Excited by the nearly endless prospects of science, the questions that could finally satisfy a child's curiosity, we both reached for more books, and found our budding passions firmly squashed by an impenetrable wall of unfathomable writing. As Bryson writes in his introduction, "there seemed to be a mystifying universal conspiracy among textbook authors to make certain the material they dealt with never strayed too near the realm of the mildly interesting." Bryson wrote A Short History of Nearly Everything as an antidote to the dry-as-dust science tomes that weigh down students' backpacks. It is a layman's love song to science, to its strange history and stranger characters. Published in 2003, it has been become a popular addition to the popular science genre. MEET THE AUTHOR Nicole Cipri is a restless wanderer and passionate writer. A graduate of the Evergreen State School in Olympia, WA, Nicole has since written about such varied topics as modern urban farming, the role of glitterbombing as political theater, and the economic impacts of natural disasters. You can follow her adventures on Twitter, @nicolecipri. EXCERPT FROM THE BOOK Drama abounded in the 19th century. After the discovery of the first dinosaur fossil in 1784, and with subsequent uncovering of massive bones that belonged to other extinct species, there was an uncomfortable public debate concerning extinctions. Why, after all, would an omniscient God create species of animals only to casually wipe them out? Throughout history, the sciences have routinely butted heads with the Church, a trend that continues today. From geology and paleontology, Bryson moves to chemistry. With its origins in the enigmatic studies of alchemy, chemistry evolved along its own strange path. Bryson tells one exemplifying story, in which an amateur alchemist became convinced the he could distill gold from human urine. "The similarity of color," Bryson explains, "seems to have been a factor in his conclusion." In an attempt to prove his hypothesis, the man collected fifty buckets of human urine, which he kept in his cellar. After a few months, the man noted, the substance in the buckets began to glow or explode into flames when exposed to air. He had failed in distilling gold from urine, but he had succeeded in creating phosphorous. Buy a copy to keep reading! 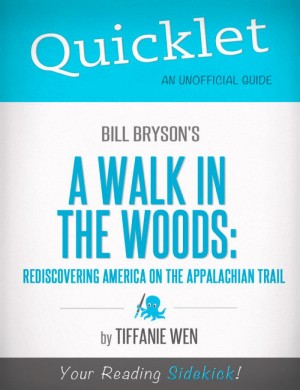 Quicklet on Bill Bryson's A Walk in the Woods: Rediscovering America on the Appalachian Trail
Tiffanie Wen 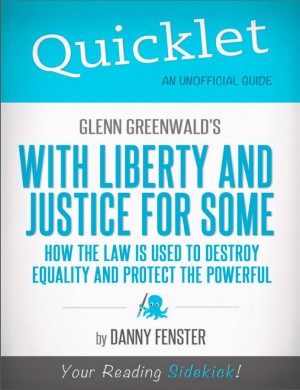 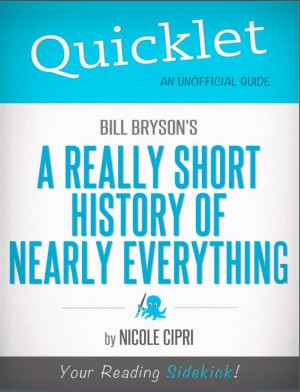 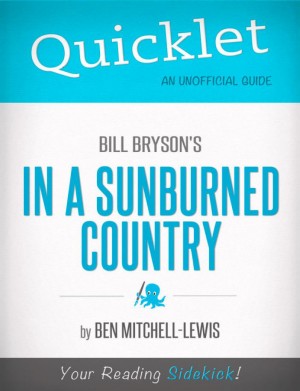 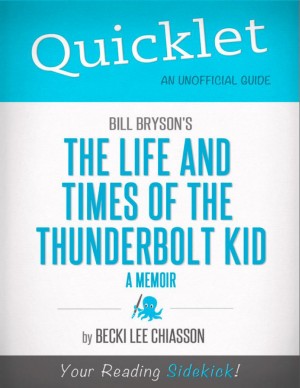